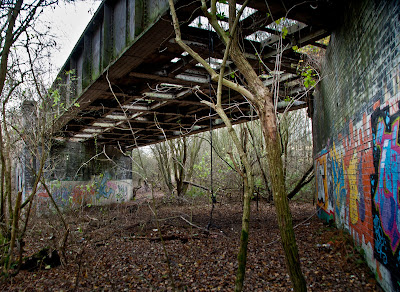 The Old Junctions at Killamarsh   As an introduction to one of the mammoth series of mosaic pieces on Flickr, the main part of the 3 showing a series of maps of the area of the Killamarsh Junctions. The maps, taken from old OS maps from 1906, 1923, 1953 and 2004 and in addition, the least contaminated (by vegetation) picture from Google Earth, in 1999; what a pity this couldn't go back to 1950, 1850.. and onwards, where's Dr. Who when you need him... see- the maps for Killamarsh Junctions   on the left, from 1906, the map shows what was in place at that time; namely- the Midland line in the centre of the 3 aligned north-south and turning off to Staveley and Barrow Hill at bottom left,    the GC 'fly-over' coming in from Sheffield in the north-erst and at bottom, heading south-east to Annesley,  the Waleswood connection to the GC curving off to the north-east at centre over to Wales, the goods line from the Midland over to Kiveton colliery at cen
Post a Comment
Read more 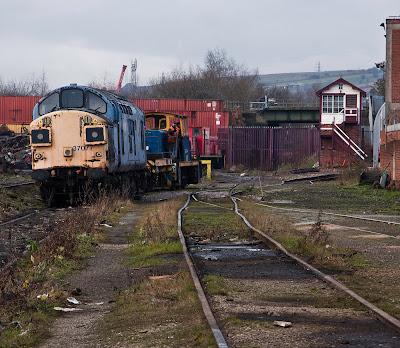 Masbrough Remembered    Masbrough Station has to be one of the most iconic locations in this area being as it is, and was, at the focus of two railway lines, one passenger and one freight. Although there has been a large down-turn in freight over the years and latterly this has been more the case, with the huge change in the use of coal at the local power stations, the location is still very busy, now with an equally large upsurge in passenger traffic.  The Midland Main Line runs through here to Sheffield and south to St. Pancras and to the north, to Doncaster, Leeds, York and on to Scotland. The cross-over junctions at both the north and south end of the station site were removed in the 1970/80s though the quadruple lines through the 4 platform faces still exist and there is now only a single lead connection from the Midland passenger lines at the north end, to the 'Old Road', the colloquial name for the Midland's old freight lines, south to Derby and beyond
3 comments
Read more